Welcome to the first in a new series of blogs that look at all aspects of the challenges facing small businesses. For our first edition, we sat down with Joseph Bradfield from the business support incubator Sussex Innovation Centre (SINC), to find out how small businesses can better use PR.

What’s your role at SINC?

I spend about half my time promoting what SINC does and the other half working as a consultant with our members. The consultancy part of my role involves helping businesses define their message and helping them better tell their story.

I also run workshops helping businesses find the most compelling message about their product and help with topline communications strategy. I help people write press releases and stories and find contacts in the media, and I will occasionally do a bit of copy editing for people, all sorts really, anything communications related.

How does the Sussex Innovation Centre help small businesses?

SINC is a business incubation network, supporting entrepreneurs, start-ups and scale-ups across the South East. Marketing is one key service we offer. Essentially we provide some of the functions that you might get by employing an agency, but we try to find ways of making it more lean and cost-effective.

One of the ways we do that is through the support of the catalyst team, a graduate scheme of recent Sussex grads who assist the startups with on the ground, day-to-day work. They’re overseen by our senior team and learn crucial skills. The scheme offers a more cost-effective option for the startups as it means we can support them at a much cheaper rate, at a point when they don’t necessarily have the budget to recruit a team of seasoned pros.

Small businesses seem to be talking a lot nowadays about social media and email marketing, but less so about PR and communications. Why do you think that is?

I think PR is a bit of a mystery to a lot of small businesses, it feels like something that’s off in the distance that only big companies do. Social media is something that everyone uses day to day for their own social lives so there’s a lower barrier to entry because you understand the rules, but PR is not really that different from social media – it’s about starting conversations with people, trying to find common ground on things they’ll be interested in and leveraging that to help spread the word through those third parties.

The problem is, people don’t necessarily know as much about the internal workings of a newspaper. Knowing who to approach is a genuine barrier to entry and it’s something that a large proportion of the costs that an agency will ask for come from.

For the national press, it’s about finding the one person within the publication who focuses on the niche subject area that you’re trying to position your story for. For the trade press, it’s about finding those smaller publications who may only have 4,000-5,000 readers but they’re actually interested in your industry and are interested to read what you have to say. Generally, for the national press, they’ll be looking for an unusual angle or something they’ve not heard before that’s entirely new to the wider public. For the trade press, you can get a lot more opinion pieces.

Social media and PR really are two sides of the same coin – you can identify which journalists are writing about specific topics from their twitter feed. Rather than going to somebody with a pre-built story and trying to convince them it’s something they should write about, the best way of getting good PR is to spot when a journalist has got a question they can’t answer, usually they’ll be asking around on twitter about it and inserting yourself into that conversation as a forerunner to being their trusted authority on the subject. It’s important to respond as quickly as you can – the 24-hour news cycle means that most journalists want to wrap up whatever story they’re currently working on so they can move on to the next one.

How do you suggest preparing to jump on those key moments?

Everything you do should be focused on preparing the material you can repurpose again and again. Get yourself some good photography because most stories are gonna need a striking image to go alongside them, get yourself a decent relatively brief bio that outlines who you are, the key points of what your personal journey is and what 3-5 topics you can talk about with authority. And then it’s playing the waiting game. You might have to do a bit of reshaping when a particular story comes along, but you’ve got 90% of the work done already so you can fire off a tweet or respond with an email to somebody when a story happens.

If there’s a breaking news story in your field then that’s the time to go to your list of journalists in a spreadsheet and say ‘in light of today’s news, I’m free to comment’. Usually the journalists are desperate for that. Just think – they have to fill 100 pages of space a day if they are working on a national newspaper, even more through their online channels, and most of the time they understand a bit about the industry but they’re not experts in it. Having an authority to give them a couple of paragraphs of context really makes the story.

So if you’re a small business and you want to announce a new product launch for instance, but you haven’t got breaking news to jump on, what strategy should a business consider?

It’s worth writing a launch press release because it gets your name out there, but the likelihood is that it’s not going to get picked up unless somebody has a segment that it’s perfect for, for instance a weekly app roundup. In which case, find out who writes that feature and send it to them – a lot of people try to sell their product without understanding the publication they’re speaking to. You have to remember they’re incredibly busy people getting hundreds of emails a day, so you’re basically trying to do half of their job for them. If you can format things to fit with what they’re looking for that’s going to help as well, so if you look at that app review segment and see that each one has a screenshot of the front page of the app next to it then send them that screenshot.

What trends can you see happening in PR?

The Hero’s Journey is a big talking point right now. Recently it’s been something that’s been applied to the entrepreneur’s journey, it’s a way of framing your story that’s a bit more compelling than just saying ‘this is my product, this is what it does for people.’ The Hero’s Journey encourages you to tell the story of why you built your product, as well as revealing what things have got in the way as you’ve tried to build the product. It’s more human, more real – those are the bits people learn from.

Think about the film The Social Network – the bit that’s interesting about the Facebook story is Mark Zuckerberg in his dorm room getting in trouble with the university because he’d stolen loads of data. That’s the bit they made a movie about, not the bit about Facebook being a giant multibillion dollar company. Please don’t take that as an endorsement of stealing people’s data!

What’s the best PR/communications campaign you have been involved in?

There’s a guy in the Life Sciences department here at the University of Sussex who studies the biochemistry of fungi – he has developed a chemical compound that can be used to make fungicides more effective and prevent fungi from developing a resistance. He was having a lot of trouble finding a big industrial partner to work with who saw the potential of the idea. Then researchers studying these compounds found that the same chemical process could be used to treat the ash dieback disease that’s affecting trees – now that made for a much bigger news story as it was a country wide issue which lots of publications were already covering, and had more human interest. There are only so many farmers but everyone likes going for a walk in the woodlands.

The way we positioned that story – the headline was New Chemical Compound May Help Us To Fight Losing the Ash tree – but the second half of the press release said this is just one of many applications of this technology, we’re looking to explore how it could be used to protect cereal crops. The ash dieback story was on BBC news and the Farmers Guardian picked it up. Then, an agrochemical chemical company got in touch and were interested in developing the product to help protect cereal crops. It’s about leaping on the bit of the story that’s news and using that as an opportunity to talk about the bit that you’re really interested in selling.

What is the best PR campaign you’ve seen?

Great PR campaigns make use of whatever resources you have at your disposal. If you look at Spotify, the one thing they’ve got is tonnes and tonnes of data about what people are listening to, so they make that the central appeal of all of their marketing.

They’ll send out a story every week saying, for instance, this Valentine’s Day we noticed people are listening to a lot of ‘I’m All Outta Love’ and ‘Without You’. It’s part of their billboard campaigns, part of their advertising campaigns and also part of their PR strategy. The best campaigns are aligned with all of your other marketing, you dig out the bits that make for the most interesting story. Lots of the companies we work with have those kind of stories because data is becoming more and more of an integral part of startup culture.

Most companies will have some kind of data-based piece they can put out. Journalists like charts, infographics, top ten lists. It’s an easy sell because you can immediately picture what the published story looks like. One of the clients in my last job was a home insurance provider and we used to do a story every year gathering the reports of all of their home inspection people to find out what things people had flushed down and blocked the drain. We would pick out the funny ones – the fringe cases that could be the headline. One guy who got called out found half a roast chicken in someones U bend – that got the journalists’ attention!

Do you have any final words of advice for small businesses wanting to pitch their story?

A good way of thinking about it is the old BBC slogan – Inform, Educate, Entertain – those are the three pillars of what makes a good PR story. You want to either tell people how to do something, educate them about something they know nothing about or entertain them. Ideally all three. At least one of them is usually a good place to start.

Thanks to Joseph for taking time to chat with us – look out for the next ‘5 Minutes with…’ soon! 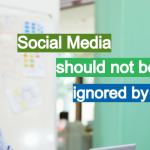 5 Minutes with Michael GeggBusiness advice, Online marketing
This site uses cookies to improve your experience, by continuing to browse this site, you agree to this use. Find out more.